Why is it so important to be a boy or a girl?

Wen Long naturally and candidly explains that she was born intersex. The nine-year-old wears both boys’ and girls’ clothes and plays with toys intended for both genders. The only problem is that others don’t know what to think of this. People say: “If you are boy and girl at the same time, you are basically nothing.” Wen Long isn’t interested in making a choice, but mainly just wants to be herself. This insightful, playful documentary reveals how preposterous the imposed binary gender divide really is. Clothing, toys, toilets – everything is strictly separated. The societal taboo on intersex causes problems. A typical example is the fact that Wen Long’s teacher considers the subject unsuitable for children, even though it is an entirely natural phenomenon that also occurs in the animal kingdom. So why is it weird in humans?

PURCHASE PASS
GET TICKETS
Purchase Pass or
Get Tickets

Lara Aerts is an Amsterdam-based journalist. Her work relates the stories of people fighting for social justice. GIRLSBOYSMIX is her debut as a documentary director. It is the first documentary made from the perspective of an intersex child. Lara finds it very important to create awareness on intersex, since 1 in 90 people is born that way. But hardly anyone knows this, and there is a societal taboo on the issue. It is her mission to end this taboo. Previously she participated as a researcher, writer and producer in the short doc Homo Ludens that was broadcasted on Dutch television. 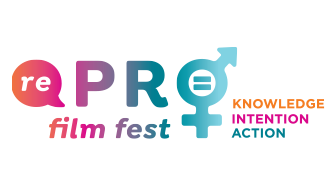